Organometallic chemistry is the study of chemical compounds containing at least one bond between a carbon atom of an organic compound and a metal, including alkaline, alkaline earth, transition metal, and other cases. Moreover, some related compounds such as transition metal hydrides and metal phosphine complexes are often included in discussions of organometallic compounds. The field of organometallic chemistry combines aspects of traditional inorganic and organic chemistry. Organometallic compounds are widely used both stoichiometrically in research and industrial chemical reactions, as well as in the role of catalysts to increase the rates of such reactions, where target molecules include polymers, pharmaceuticals, and many other types of practical products. LEAPChem supplies a variety of precious metal containing catalysts and chemical products which are used in a wide range of industrial applications. Our metal contained catalysts and chiral technologies can be used in pharmaceutical, agrochemicals and flavor & fragrance applications. Our products also include inorganic metal salts, fine metal powders, supported materials, organometallics, etc. 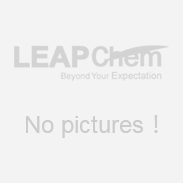 LeapChem has firm relationships with thousands of high quality chemical suppliers which enables us to efficiently source the chemicals you need, especially in pharmaceutical industry.

Please fill in the information below and our professional sourcing agents will get back to you in 24 hours.

Please fill in your contact information in order to provide the best service for you.